The best thing to wear is a hug!

Baby is one of the six main characters of Kuu Kuu Harajuku. She is a member of HJ5.

Baby is referred to as the "little sister" of the group, due to her carefree innocence and love for all things cute and adorable. She loves giving and receiving hugs. Due to her younger age, the other girls treat her somewhat like a child, much to her annoyance. Her catchphrase is "super kawaii", as she uses that expression almost every time she sees something cute. She also has a habit of announcing her emotions with emojis such as "oh sadface". Her other catchphrase is "Yay!", when she sees something amazing.

Baby is the youngest member of HJ5.

It is revealed in Hello Puppy that, when extremely hungry, she becomes extremely irritable and transforms into a hulk-like appearance.

In Phony Ponies, G mentions that Baby usually attempts to cuddle and hug monsters and ends up needing to be saved. In order to keep her out of trouble, they give her a ponycorn (Pistachio), which she uses to enter the Ponycorn Cup and does exceptionally well.

In Labor of Love Baby, as seen in flashbacks, is untrustworthy when it comes to using passwords online. She befriends Sparkski, a computer virus that made it's way into the real world, and protects him from the other girls.

In The Kawaiifier it's possible Baby developed a crush on Zuma, the youngest member of the "Tanuki Boys" because when they introduced him, she had pink hearts in her eyes and an excited expression. 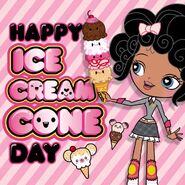 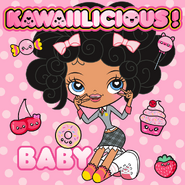 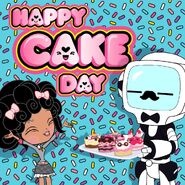 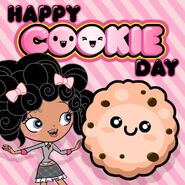 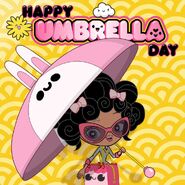 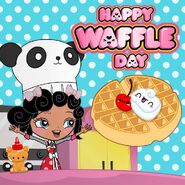 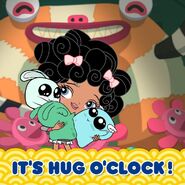 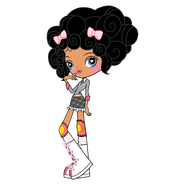 Baby as a Toddler

Baby in her Psychedelic 60s 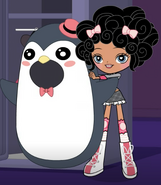 Baby with a Penguin costume.
Add a photo to this gallery
Retrieved from "https://kuukuuharajuku.fandom.com/wiki/Baby?oldid=9281"
Community content is available under CC-BY-SA unless otherwise noted.