HJ5 (short for "Harajuku 5") is the main band in Kuu Kuu Harajuku. Almost every episode of the show focuses on them and their inability to successfully preform at a gig without a major problem.

One of the unused screenshots.

We would like to see more alien themed episodes!

Very early versions Of HJ5! (Baby looking kinda pale, maybe it was before she got a suntan.) 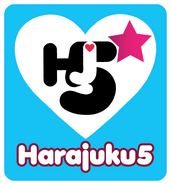 HJ5's early Logo.
Add a photo to this gallery 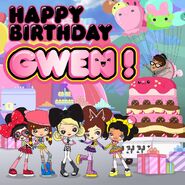 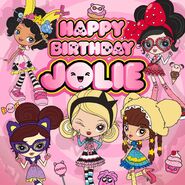 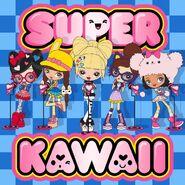 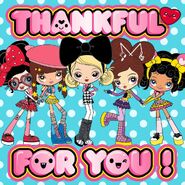 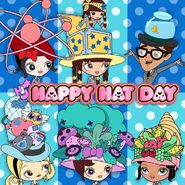 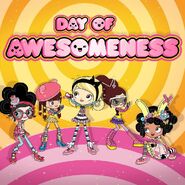 HJ5 enjoying the night air after the concert.

HJ5 before they formed a Band

The girls Reaction to Angel tossing Nofun off the blimp

HJ5 posing in the bunny slippers.

Baby: Can I Keep It?

HJ5 photo with a talking panda.

HJ5 doing what they do best, cute posing.

A framed photo of HJ5 signed by G.

HJ5 dancing on autoparts storage shelves, because they are just that fun.

Love, Baby and Angel at the ice skating rink.
Add a photo to this gallery
Retrieved from "https://kuukuuharajuku.fandom.com/wiki/HJ5?oldid=10543"
Community content is available under CC-BY-SA unless otherwise noted.