Kuu Kuu Harajuku is an animated television series created by Gwen Stefani. It was originally released in Australia on November 1, 2015. The first episode aired in the United States on October 3, 2016.

Note: This wiki is only focusing on the American version of the show, so voice actors, episode order, and other elements may differ from its Australian counterpart. Please keep this in mind while browsing the wiki.

The show takes place in Harajuku, a small metropolitan area within Tokyo, Japan that places emphasis on youth culture and fashion.

The show focuses on the adventures of G, Love, Angel, Music, Baby (the band HJ5) and their manager Rudie as they attempt to successfully perform at a gig without any major problems. 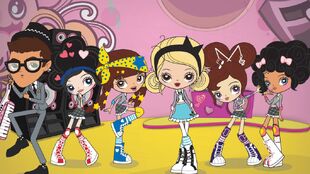 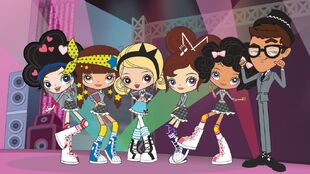 Retrieved from "https://kuukuuharajuku.fandom.com/wiki/Kuu_Kuu_Harajuku?oldid=9250"
Community content is available under CC-BY-SA unless otherwise noted.